Submit Your Resume Below:

Let US Help You Find Your Path to A Career...

Your career choice is important. It should be driven by what you are passionate about. A passion is an intense desire or enthusiasm for something.

What are you passionate about? In order to find what you love to do, you need to gain experience. This will lead you to find a career and other opportunities that steer your passions.
‍
Getting valuable experience through internships or shadowing professionals can give you more insight into your career choice.

An internship is the position of a student or trainee who works in an organization, in order to gain work experience or satisfy requirements for a qualification.

Since the rise of COVID it has been harder to find ways to get internships and be safe at the same time. Participating in internships is a great way to ensure that you find something you are passionate about. Here is why:

NCRF’S MISSION IS TO HELP BUILD A DIVERSE WORKFORCE 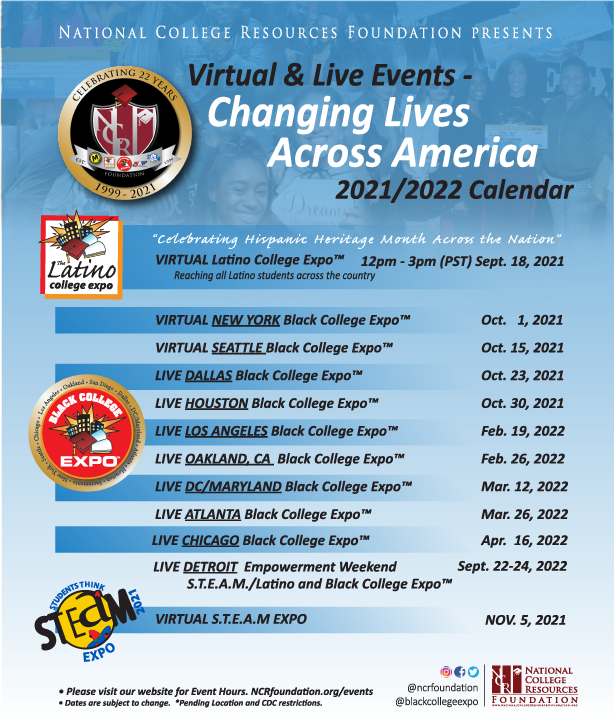 IMPORTANT LINKS
Donate
Support our cause
Volunteer
We need your help and support to continue to impact the lives of students nationwide!
Volunteer
Become An Exhibitor
Become an exhibitor at our events to spread awareness, increase sales, or increase enrollment!
Speak To A RepresentativeExhibitor FormHBCU Form
Group Registration
Register groups of 15+ at a discounted rate!
Group Registration Form - VirtualGroup Registration Form - Live
Email Us:
info@ncrfoundation.org
Or call:
877-427-4100
Ask for Carolyn
Shop
Take a look at our exclusive collection of T-shirts, hats, hoodies & other items. Proceeds from each purchase goes towards our Scholarship Fund
Shop
Win Dollars For College 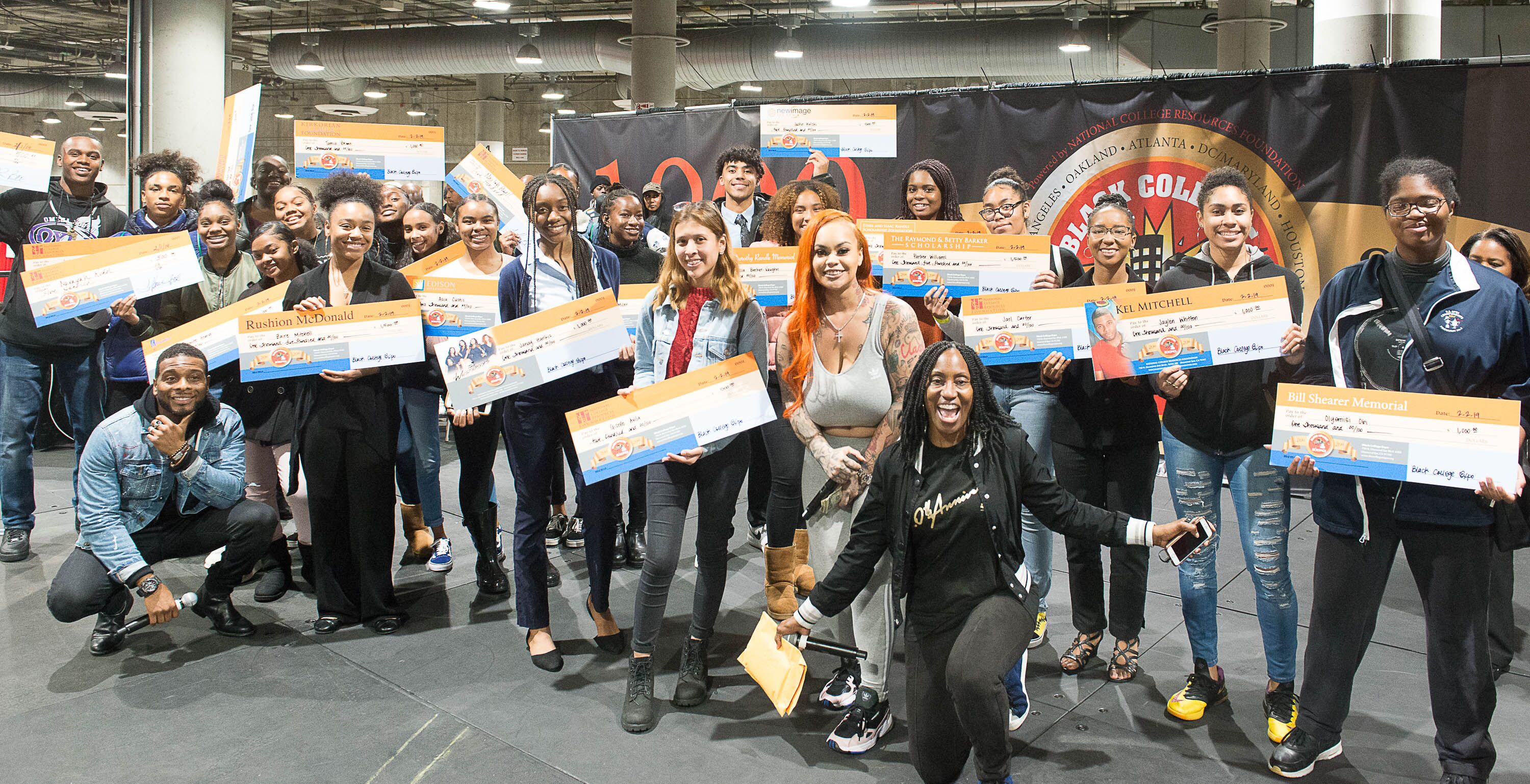 African Americans in Aviation Traveling Museum
National College Resources Foundation has partnered with Chauncey Spencer, Jr. continuing his father Chauncey Spencer Sr.’s legacy creating an African Americans in Aviation Traveling Museum.  The Traveling Museum hit the road traveling 7,000 miles to share history of black aviators like Chauncey Spencer and Dale White who were responsible for convincing Congress to include blacks in the pre-World War II Civilian Pilot Training Program to fight in the war and getting President Truman to integrate the US Air Force. There would be no Tuskegee Airmen, no Red Tails without Mr. Spencer and Mr. White. They paved the way for black pilots and astronauts. See map of the tour below. The tour includes the March on Washington.

African Americans in Aviation Traveling Museum is once again out on the road in route to Oshkosh WI, to the AEE Air Show. https://www.eaa.org/eaaThis journey will have various stops along the way…..Hollbrook, AZ, Amarillo, TX, Springfield, MO, Joliet, IL and finally Oshkosh, WI.  The museum is housed within a 19’ - 1937 Vintage Pierce Arrow Trailer and pulled by a Chevy Colorado.  This museum is curated by Chauncey E. Spencer, II continuing his father, Chauncey Spencer Sr.’s legacy integrating blacks in the pre-World War II Civilian Pilot Training Program which led to the integration  of blacks in the US Air Force and beyond.  Follow our tour and learn about the Tuskegee Airmen by watching this short video.  https://www.youtube.com/watch?v=OAUA-WPQEr4&t=97sDonate today to the AAA Traveling Museum and be a part of the Legacy:https://interland3.donorperfect.net/weblink/WebLink.aspx?name=E347035&id=13 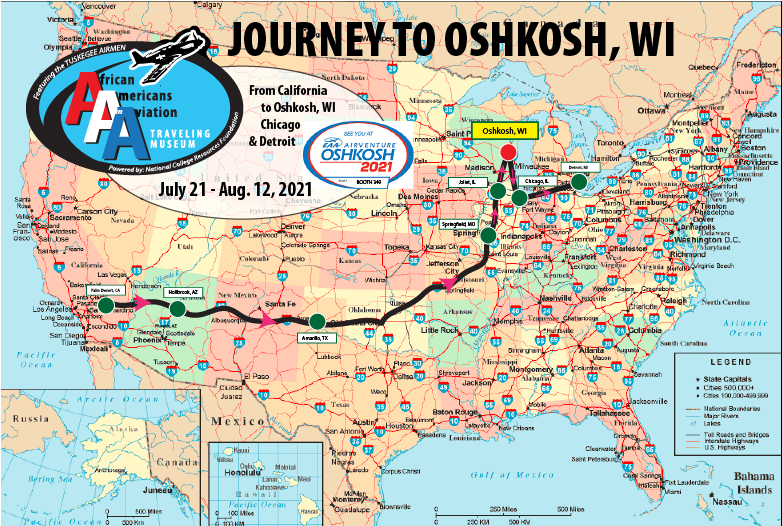 Thank you! Your submission has been received!
Oops! Something went wrong while submitting the form.
Stay connected to get valuable information on events and resources.