Traveling Museum honored at the California Air and Space Museum in Sacramento. 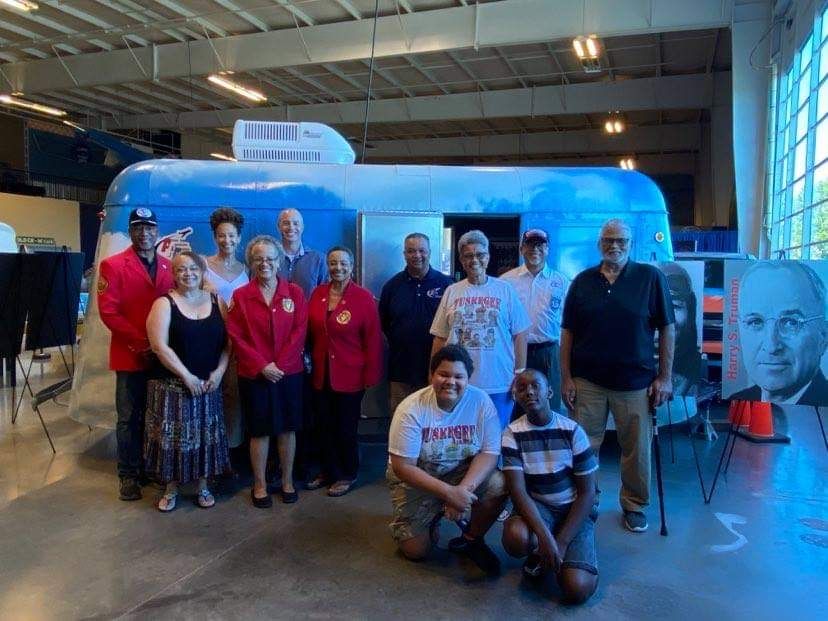 Over 600 people visited the Traveling Museum in a two day period as curator and founder Chauncey E. Spencer, II continues his journey to educate the nation on heroism and equality.  The African Americans in Aviation Traveling Museum (AAA) is a 16’ Vintage 1937 Pierce Arrow Trailer fully loaded with illuminated pictorials and digital story telling about the historic American Black Aviators - The Tuskegee Airmen, Female pilots and Astronauts of today.    Also visited during this Northern California Tour was the William Campbell Heritage Chapter where students listened and engaged in the history of flight and the Tuskegee Airmen.
‍
Traveling Museum Sacramento News ArticleSacramento BeeMark S. Allen Facebook Live VideoSacramento Patch 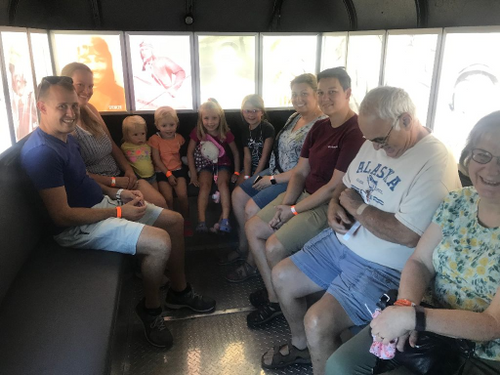 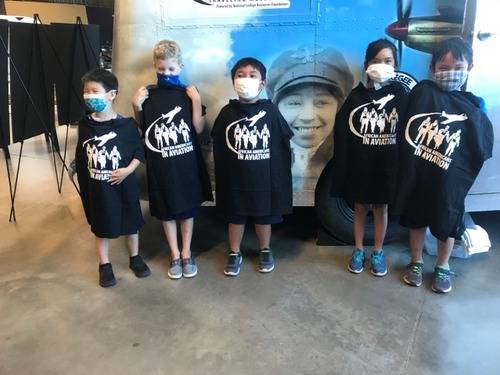 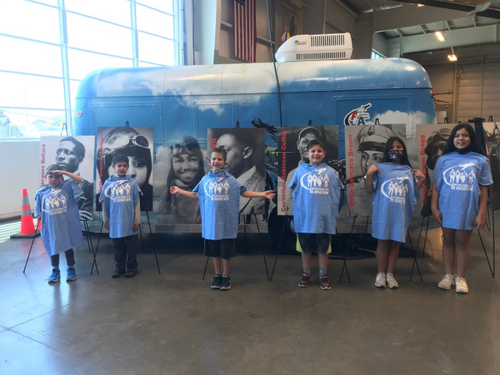 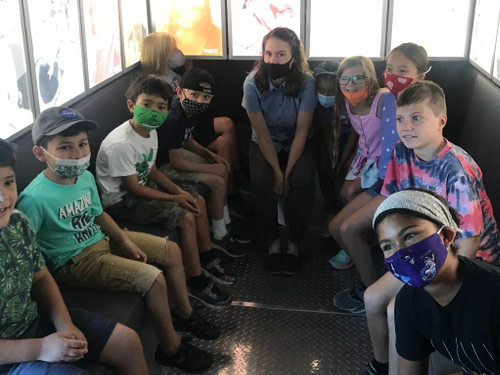 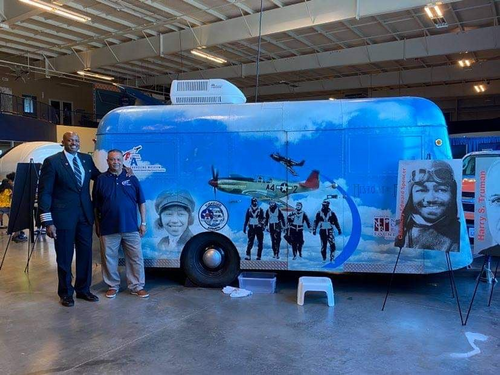 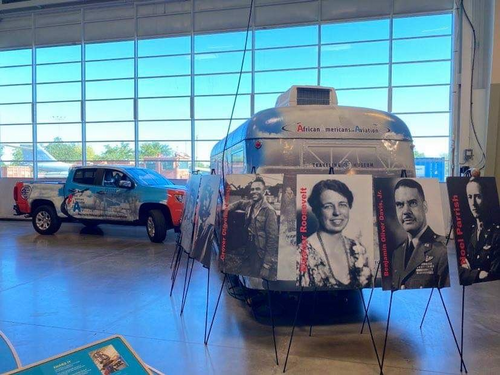 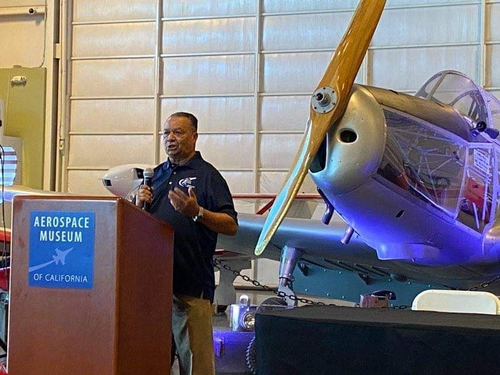 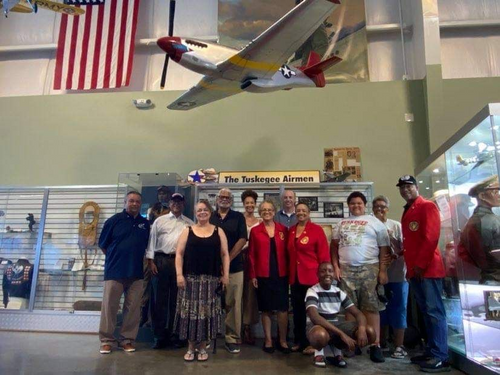 In conjunction with AAA Traveling Museum, students of the James O. Jessie Unity Center in Palm Springs were honored with their “Youth Aviator Wings”.

Just two weeks ago the African Americans in Aviation Traveling Museum visited the Unity Center and engaged with students from the ages of K-12.  They were introduced to the history of black Aviators and more specific, the Tuskegee Airmen.  Upon learning this they were invited to the Palm Springs Air Museum to view and learn about the aircrafts from WWII.  They were also honored with their youth aviator wings in a formal presentation by Chauncey E. Spencer,II.

Wings were presented to the students by: Jarvis Crawford, Community Center Manager of the Palm Springs Unity Center and Veronica Kummerfeldt, Director of the S.T.E.A.M. program at the National College Resources Foundation.
‍
A special thank you to Fred Bell, Director of the Palm Springs Air Museum and his team for making this moment special for tomorrows students.
‍
If you would like more information about the African Americans in Aviation Traveling Museum please email STEAM@ncrfoundation.org 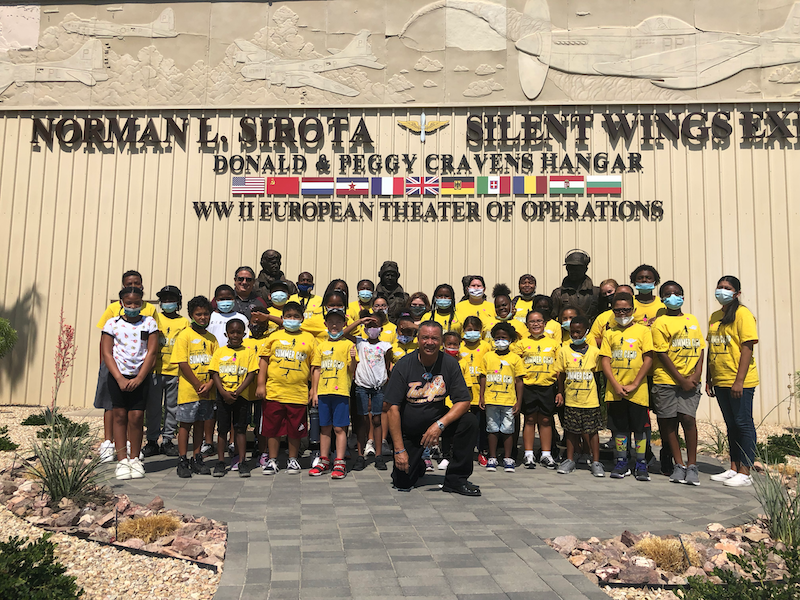 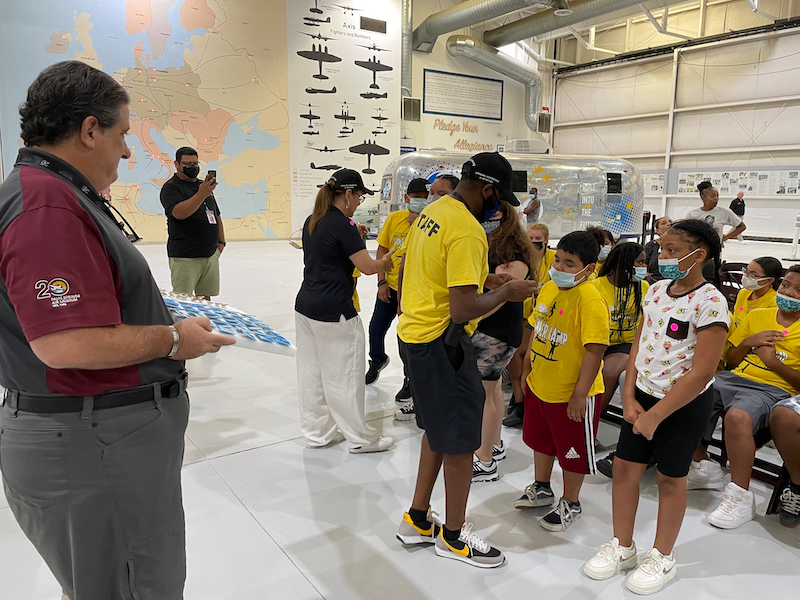 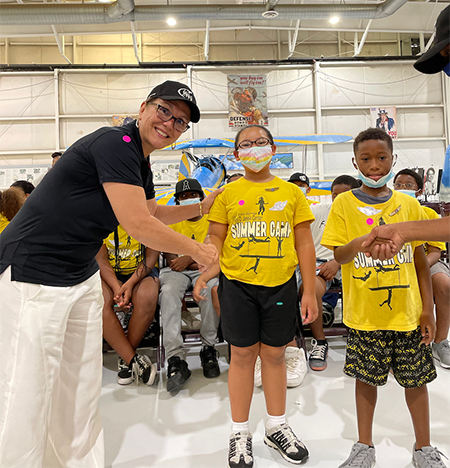 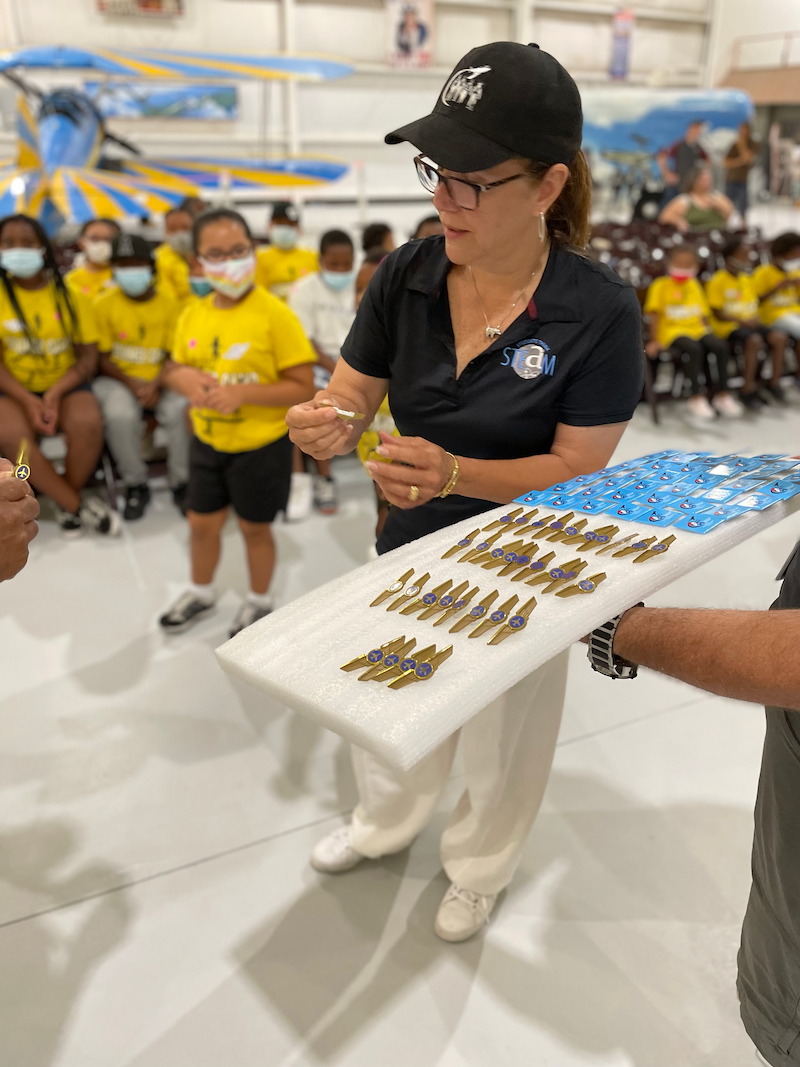 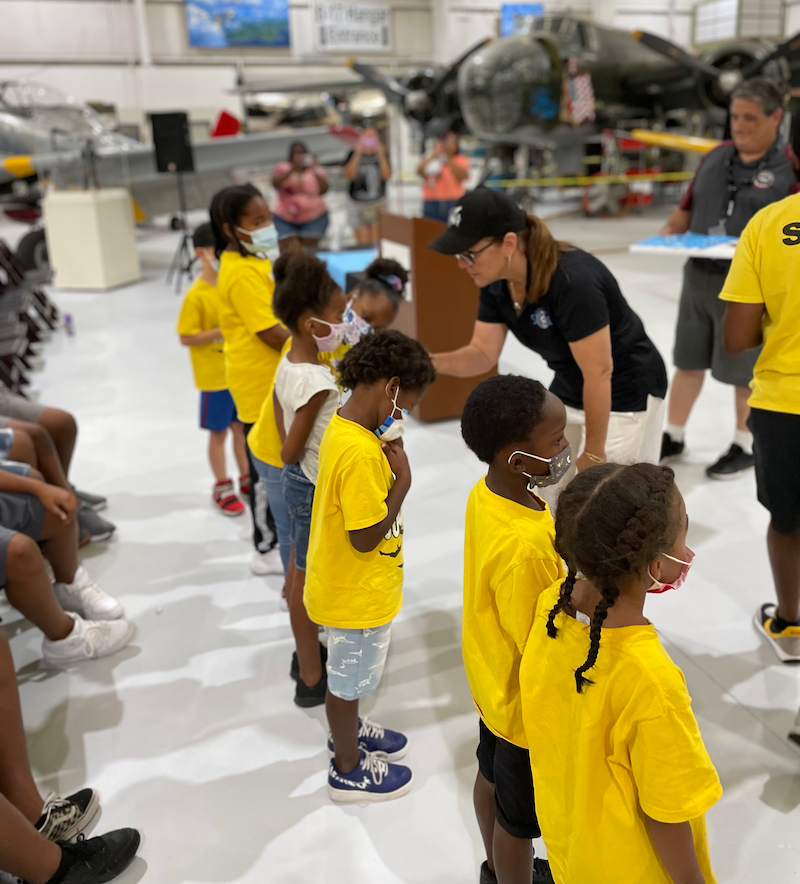 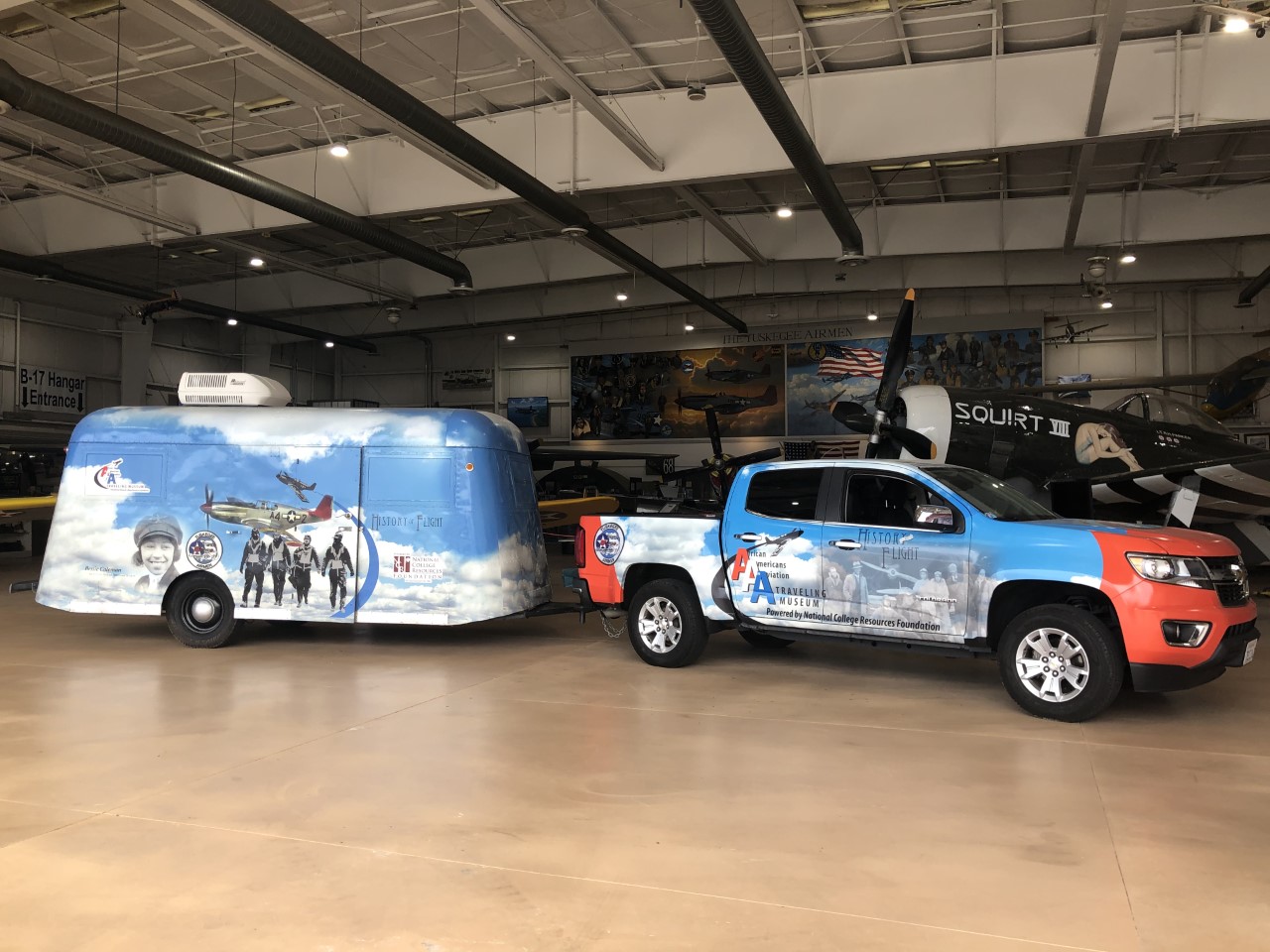 African Americans in Aviation Traveling Museum is once again out on the road in route to Oshkosh WI, to the AEE Air Show.

This journey will have various stops along the way…..Hollbrook, AZ, Amarillo, TX, Springfield, MO, Joliet, IL and finally Oshkosh, WI.  The museum is housed within a 19’ - 1937 Vintage Pierce Arrow Trailer and pulled by a Chevy Colorado.  This museum is curated by Chauncey E. Spencer, II continuing his father, Chauncey Spencer Sr.’s legacy integrating blacks in the pre-World War II Civilian Pilot Training Program which led to the integration  of blacks in the US Air Force and beyond.

Follow our tour and learn about the Tuskegee Airmen by watching this short video.  https://www.youtube.com/watch?v=OAUA-WPQEr4&t=97s

Donate Today to the AAA Traveling Museum and be a part of the Legacy. 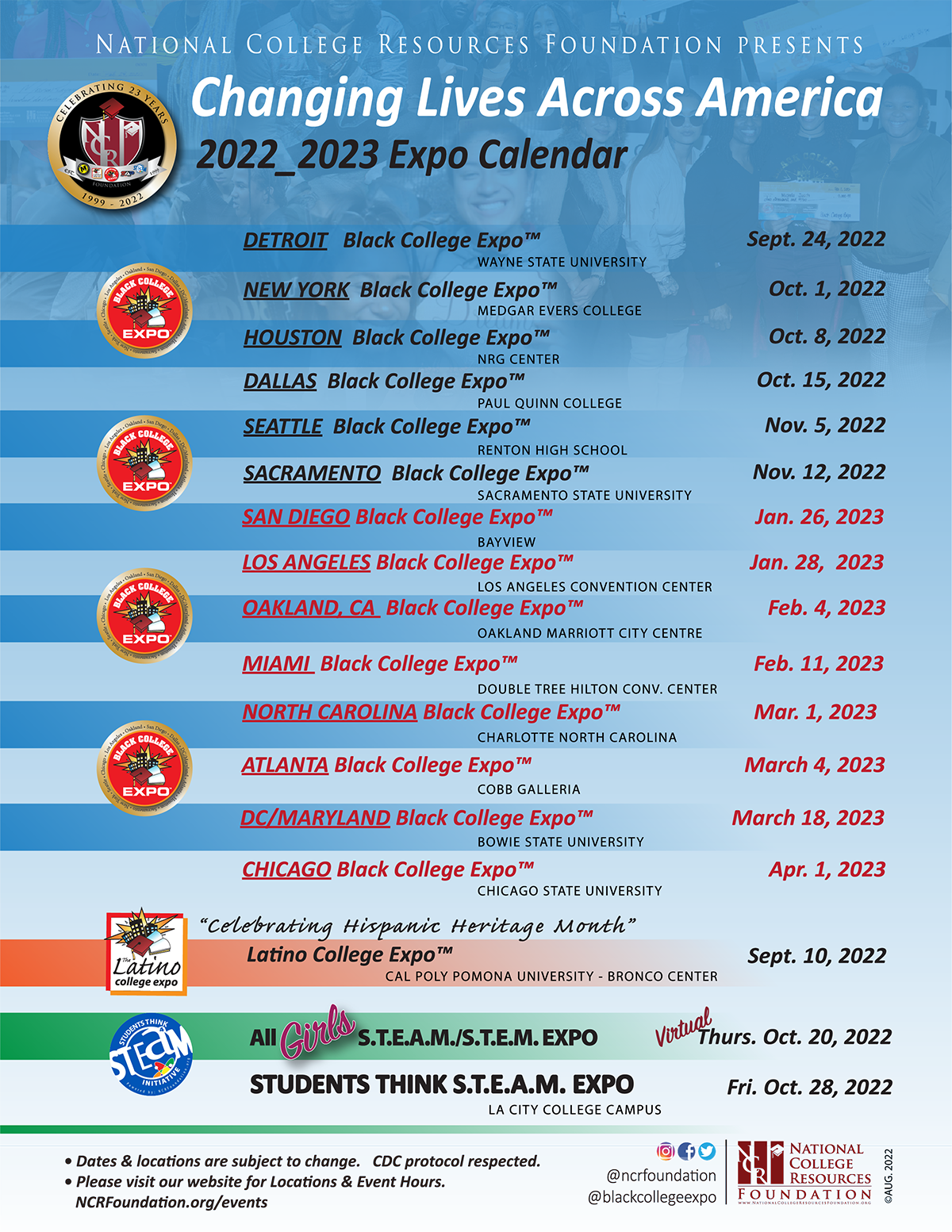 Thank you! Your submission has been received!
Oops! Something went wrong while submitting the form.
Jump on our newsletter and be the first to know about events and resources in your area.